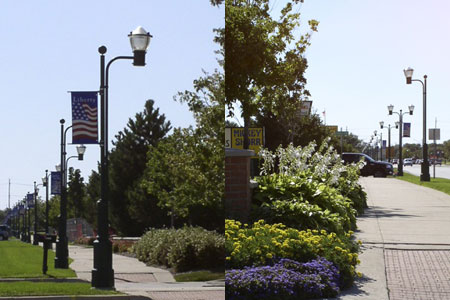 Our bid included the cost to duplicate their large, ornate cast aluminum base, tube and rod bending equipment and dies for their custom arm, an extrusion die for the luminaires' housing, and finally tooling to produce the custom glass canopy dome. Our numbers were accepted and the city enthusiastically signed a contract to begin production.

All the necessary items needed to build our first prototype took approximately six weeks to assemble and build tooling. Photometric studies were performed and the prototype was received and accepted by the City of Canton. The Niland Company has been providing these assemblies ever since and it continues to be another Niland success story.