Movie Time in Fortaleza – Thanks to PENETRON

One of the first large-scale shopping malls constructed in Brazil, the Iguatemi Fortaleza Mall was first inaugurated in 1981, with four large “anchor stores” and 120 satellite stores. In 1992, the Mall was expanded to incorporate stylish leisure areas and a large food court. 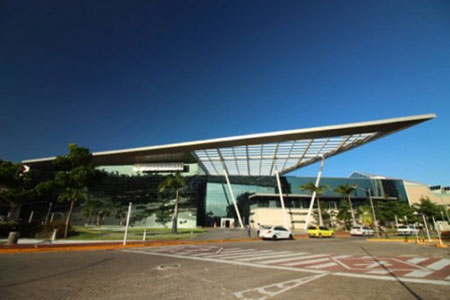 The central part of the most recent upgrade this year, a three-floor building integrated into the previous main structure, added movie theaters and more designer shops. In addition to the new entertainment facilities and retail areas, a new underground loading dock was added to streamline the mall’s logistics. The project was designed by architect Gerardo Jereissati, together with RTKL, a North American architecture firm, and the architect José Maria Gaspar Rodes.

“Because of the relatively high-water table encountered at the Iguatemi Fortaleza construction site, Penetron Brazil was asked by the architect for a solution for the underground structures,” says Cláudio Neves Ourives, Executive Director of Penetron Brazil. “With the depth of the underground loading dock foundation, a solution was needed to secure the concrete structure and resist the hydrostatic pressure at the site.”

A new foundation, slab along with supporting elements, were integrated into the design; about 3,000 m3 (3,920 cubic yards) of concrete were treated with PENETRON ADMIX to ensure a durable underground foundation. Finally, about 1,000 m (3,300 feet) of PENEBAR SW-55 waterstop tape was installed in the concrete joints.

The active ingredients in PENETRON ADMIX react with moisture in fresh concrete and by-products of cement hydration. This reaction generates a non-soluble crystalline formation throughout the pores and capillary tracts of the concrete to permanently seal micro-cracks, pores and capillaries against the penetration of water or liquids from any direction. This protects concrete from deterioration, even under the hydrostatic pressure at the construction site in Fortaleza.