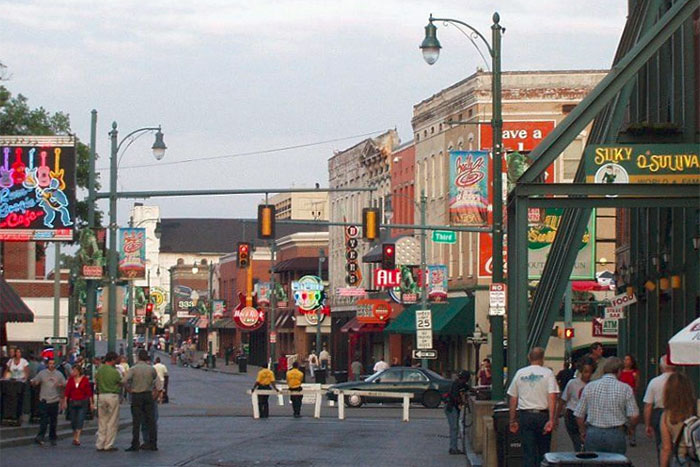 The historic Bealle Street light poles are fabricated from 28-foot tapered fluted steel. The steel shafts are four times thicker than the standard steel light poles would normally be specified. As you can see from the recent biker rally on Bealle Street these poles need to be tough.

Three-gauge steel was sourced for the sheet stock and each 28-foot section of sheet was roll formed to make a tapered tube. Next, the tapered blank pole has a fluted mandrel die forced through its center. Hydraulic roll formers run the length of the pole to press in the flutes eight at a time.

The pole is then shifted and the next eight flutes are rolled in completing the poles 16 flute design. Lastly, an ornately designed heavy cast aluminum base wraps around the bottom of the pole to complete the historic design which dates back to the early fifties.

This three-gauge thickness became so popular that the city standardized its use specifically because of its durability in the field. When the new Fed-Ex Forum stadium was constructed, Niland also secured the contract for their poles. Niland is again proud of its role in preserving Memphis´ unique past and excited about participating in the city's future growth.