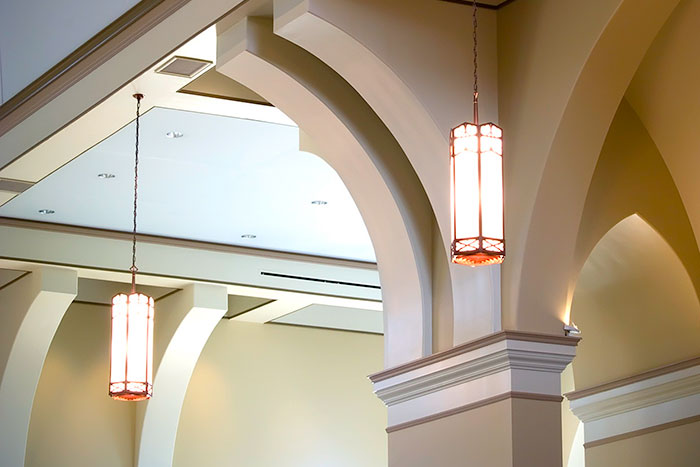 Architectural barrel vaulting is an ideal option for those who are searching for a dramatic and aesthetically-pleasing way to transform the ceiling of their home or building into something truly eye-catching and unique. Astonishingly, architectural barrel vaulting has been around for literally thousands of years - these extended arches were first built by the people of Sumer, one of the oldest known civilizations. Today, interior barrel vaulting is mainly used as a decorative design element to enhance the visual appeal of churches, world class hospitality buildings, and private homes.

Interior barrel vaulting evolved from the arches that were incorporated into the design of Roman and Gothic architecture. The Romans built arches that were semicircular in shape, while Gothic architecture relied heavily on the use of pointed arches, and these are still the two major shapes used for architectural barrel vaulting. To choose the shape that will work best for your building, it's important to consider the rest of the interior design and what you are hoping to achieve. Pointed architectural barrel vaulting will work well if your building is Gothic in style, for example, or if the windows and entryways incorporate sharp, pointed lines. A semicircular arch will provide a softer and more subtle finishing point, and is a good choice if your design incorporates a lot of smooth and flowing lines.


What to Look for in a Barrel Vaulting Manufacturer