Boon Edam Inc., a global leader in security entrances and architectural revolving doors, is pleased to announce a greatly enhanced presence at the 62nd ASIS International Seminar and Exhibits in Orlando, Florida from September 12th-14th. In addition to expanding the booth to the largest footprint ever at the ASIS event, the company will also be the first official Turnstile Sponsor of the Exhibition. 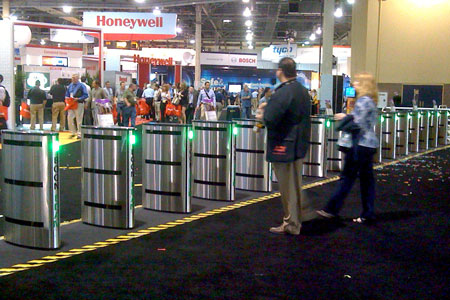 Larger Booth for Larger Customers
Due to unprecedented sales growth over the last several years, Boon Edam has expanded its booth size at ASIS to the largest footprint ever—now 40’x40’, with several designated meeting areas to accommodate larger groups from global and enterprise customers.

Unprecedented Number of Product Demos
The booth will include the following products for live demonstrations: