Climate change and over-allocation of the Colorado River have imperiled water supply in many regions of the western United States. A community in Glendale, Arizona, spent $30 million to improve a water reclamation facility that will help ensure it can meet the region’s needs.

The project at the Arrowhead Ranch Water Reclamation Facility started in 2014 with facility assessment. Construction began in 2017 and concluded in the spring of 2021. Originally constructed in 1985 and permitted in 1994, the facility had reached the end of its useful life. 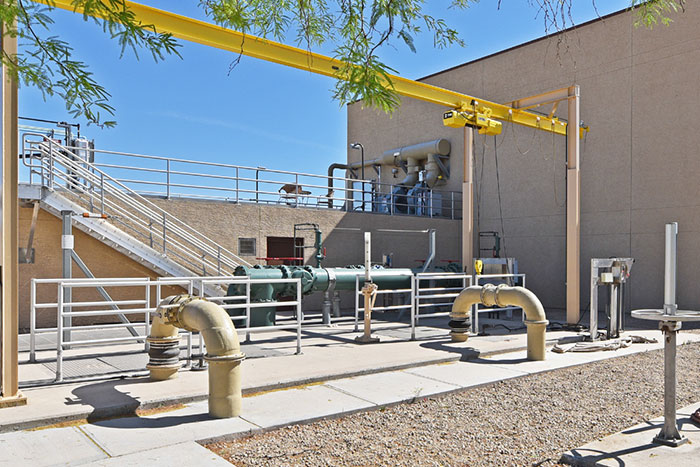 Glendale receives about 44 percent of its water from the Colorado River, 44 percent from the Salt and Verde Rivers, and 6 percent from groundwater. The remaining 6 percent comes from reclaimed water, which is cleaned and used for non-drinking purposes. Water from Arrowhead Ranch is used by residents and two nearby golf courses, primarily for landscaping.

The challenge, however, was keeping the unit operational while teams overhauled the existing facility. “Different areas were under construction at different times,’’ said Karla Camou Guerra, Glen project.”

Water reclamation captures water from a variety of sources and treats it for beneficial purposes, such as agriculture, irrigation, potable water supplies, groundwater replenishment and environmental restoration. The General Accounting Office reports 36 states use reclaimed water.

The scope of the project at Arrowhead Ranch was extensive. In essence, nearly every working part of the reclamation facility needed to be replaced. Updates included the headworks screening facility, where three new fine screens were installed; a new splitter box, which separates influent flow into multiple streams and routs water to clarifiers; odor control facilities; a new water pump for non-potable water; electrical improvements; and new grit removal equipment.

Workers at water treatment stations frequently need to access valves, pumps and other equipment. A range of BILCO products were selected for the project. 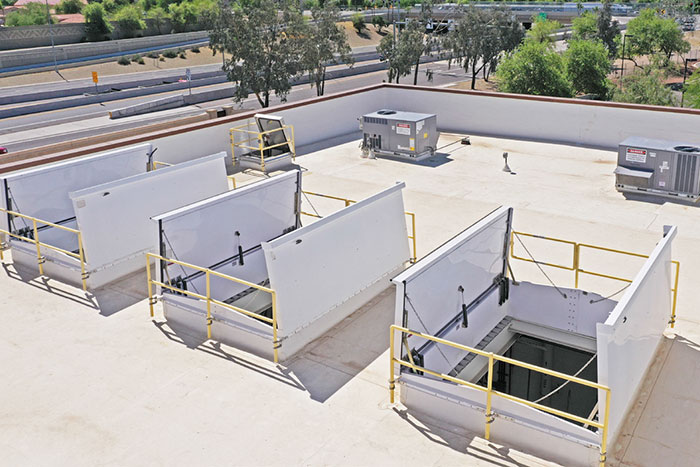 “The BILCO products were selected due to their durability and they were able to provide the safety handrails,’’ said Keith McClure, project manager for MGC Contractors. “It was a difficult project because of the continuous operation. There was a lot of bypass pumping that we worked out with the city to keep it operating at all times.”

BILCO products feature engineered lift assistance to ensure safe and reliable operation. The large double leaf roof hatches used at this facility can be easily opened and closed by one individual.