207 W. 75th Street in New York’s fashionable Upper West Side was a seven-story, seven-unit, residential building with a porcelain facade so striking in appearance and so elegant in design that it demanded a second glance from even the most distracted pedestrians. And then it all came crumbling down.

Literally. Entire sections of stunning porcelain simply fell from the building onto the street below, creating a dangerous situation, not to mention a less attractive building. This problem needed to be corrected immediately. The solution was a Level 4 Remove & Reclad to replace the crumbling porcelain with a StoTherm® ci system using Stolit® Milano porcelain finish. 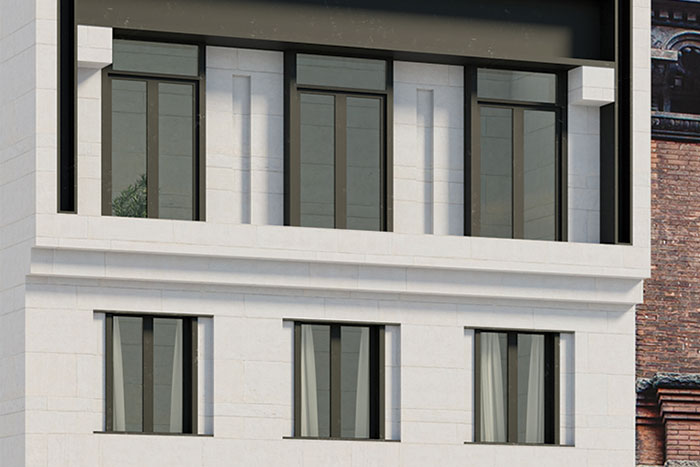 Architect Jeffrey Cole, of Jeffrey Cole Architects, was quick to diagnose the issue. The porcelain on the original facade was not installed according to his detailed specifications and drawings resulting in large voids that allowed water to seep in. Every possible solution to this problem was on the table. “We were exploring both reinstalling the porcelain and a Sto option,” explained Cole.

But it soon became clear that the mortar had so firmly adhered to the substrate that any attempt to remove it would result in tremendous damage to the building. It was “a no-brainer that we needed to go with the Sto solution.” So that’s exactly what Cole and his new contractor, ASAP Contractor Services, did.

They threw out the old plan and turned to Sto to create an entirely new facade using an advanced building enclosure system that could deliver on the desired aesthetic option, which in this case was a porcelain tile look, while also delivering enhanced thermal performance. 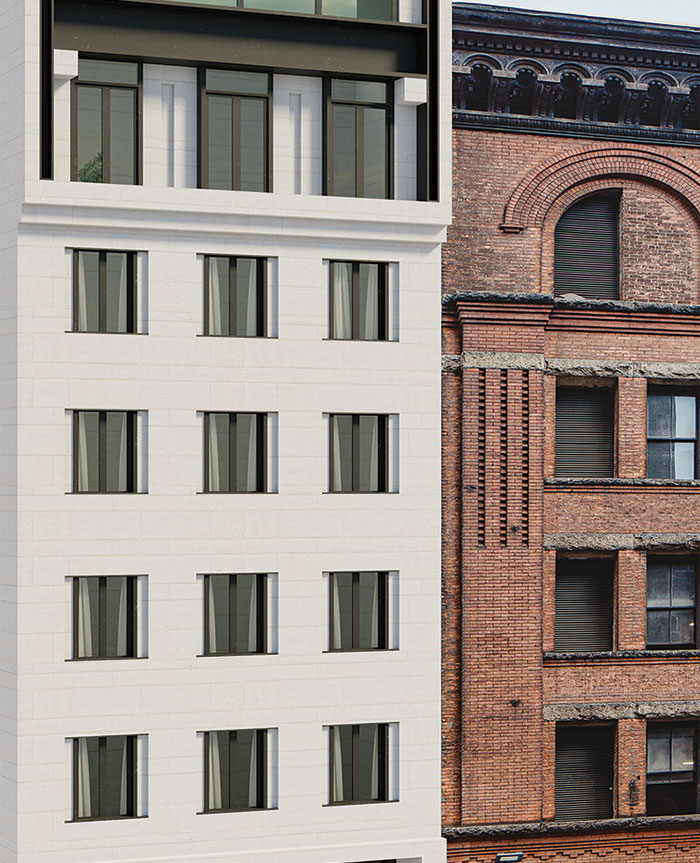 Cole hadn’t considered using Stolit Milano when he created the original design. He simply wasn’t aware of it at the time. But since then, he has used the finish on two other projects and now understands and appreciates its performance capabilities and aesthetic potential. Partnering with a capable contractor and applicator, Cole was confident in his new approach. The first step was to apply a layer of Sto Gold Coat®, a fluid-applied air and moisture barrier over the substrate and mortar that the original contractor had sporadically applied.

This was followed with a layer of StoTherm ci EPS rigid foam, which provided a smooth surface on which the final finish could be applied while also boosting the building’s energy efficiency. Finally, it was time to apply the topcoat of Stolit Milano with porcelain finish. The challenge for the applicator was matching the appearance of the original porcelain tile. The ultra-smooth finish was applied with a trowel and score joints were replicated to look like grout joints, creating the look of separate tiles. 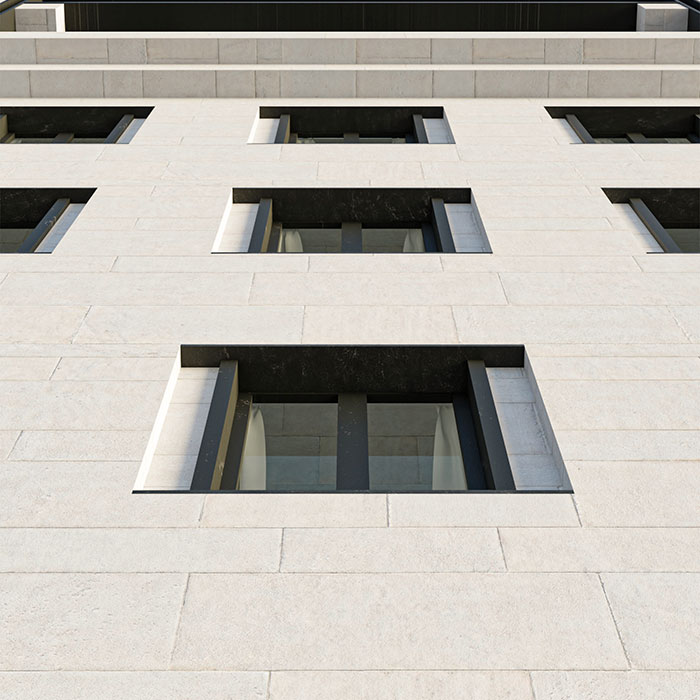 Cole never envisioned having to erect the building’s entire facade twice, but it’s hard to argue with the results. In the end, it was a true realization of his initial design, from the look of the stone to the mortar joints, which he says gives the building scale.

He observes, “That was the idea for the porcelain. And that was the idea for replicating it with Stolit Milano. It does a really good job of giving it more than a monochromatic texture to achieve a natural porcelain look.” Once again, pedestrians are pausing to give the stunning 207 W. 75th a well-deserved second look.