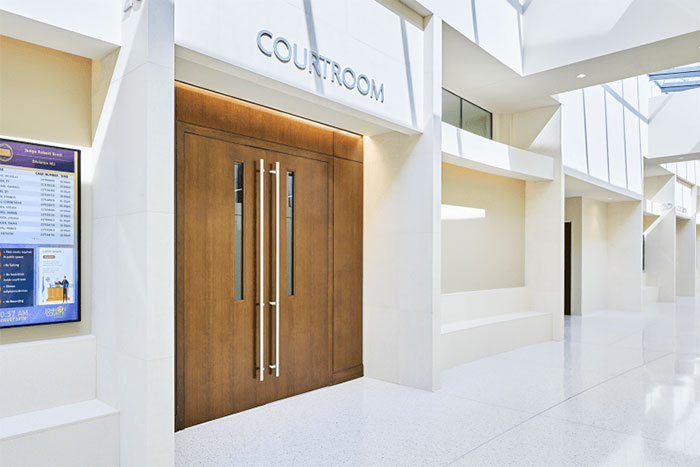 Justice has been rendered in Johnson County, Kansas, for more than 160 years, but the space where it was dispensed had long needed a major update. The opening in 2021 of the new, modern, curvilinear Johnson County Courthouse in Olathe City has satisfied that need. Rising seven stories, housing 28 courtrooms and numerous offices, and embedded with state-of-the-art technology, the building is radically different from the brown-brick courthouse that opened in 1952.

The new $193 million building was designed by TreanorHL & Fentress Architects and the design-build team was led by JE Dunn. AMBICO joined the project as the supplier of 200 high-end, sound-rated doors with a dignified, FSC-approved cherry veneer for the multiple courtrooms and offices.

Follow the link to read a case study featured in DHI Magazine, documenting how AMBICO was able to accomplish this task with the precision, expertise and discipline of the men and women they were providing for.