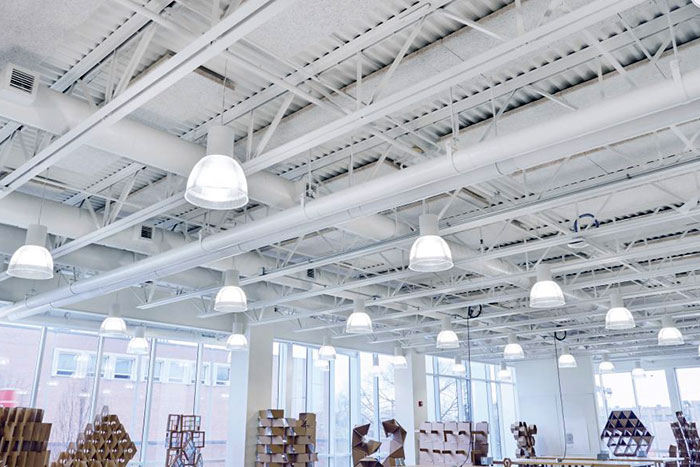 Consultant Graham Everhart of Metropolitan Acoustics in Philadelphia explains his team created acoustical models to develop remedial acoustic recommendations. “Our recommendation was to incorporate acoustically absorptive materials on the available surfaces,” he states, “and in most spaces, that was the ceiling.” The consultants worked in collaboration with NELSON, the architectural firm responsible for the project. “Considering the amount of hard surfaces, it was easy to see why sound bounced around so quickly, making it difficult for students to learn & work in the spaces,” notes Scott Winger, AIA, Technical Director for NELSON. 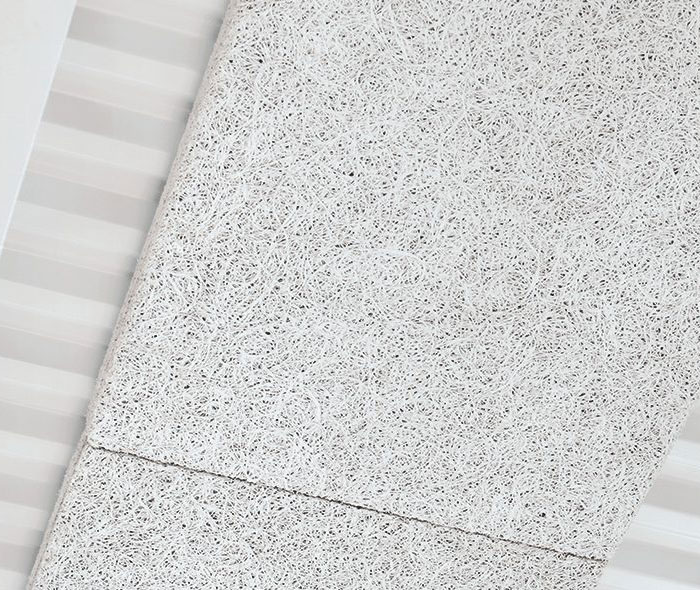 TECTUM Direct-Attach acoustical panels were chosen for the classrooms and studios. “TECTUM Direct-Attach and CAPZ panels perform in a similar manner acoustically. We went with the Tectum panels because they were rugged and better suited for these types of spaces,” Winger states. 1-1/2" thick TECTUM Direct-Attach panels have an NRC of 0.80 and were installed directly to the deck. To reduce reverberation time and improve speech intelligibility, the design team chose OPTIMA CAPZ ceiling panels for the lecture halls and other presentation spaces. Featuring a Noise Reduction Coefficient (NRC) of 0.90, the panels were installed directly to the deck with a 4-to-6 inch offset.

Acoustical testing after the installation validated the choice of ceiling treatments. Reverberation time was reduced an average of 56% in the eight spaces that were tested.

According to Winger, both the students and faculty have noticed the difference. “By installing the panels between the metal joists, we were able to maintain the intended look and feel of the exposed structure while dramatically reducing the reverberation time.”