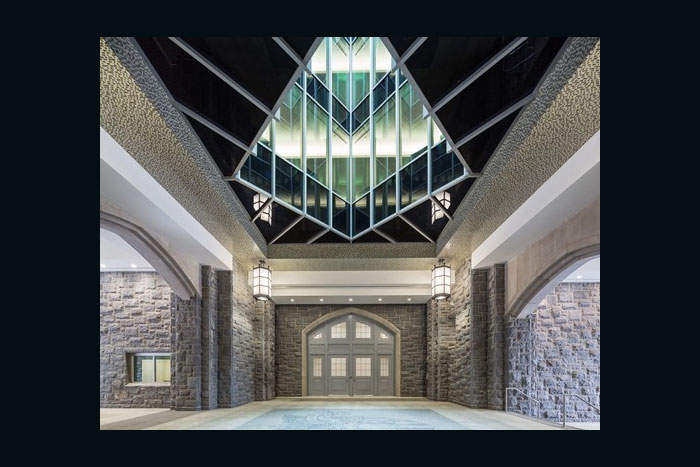 Initially established in 1802 as a fort that sits high above New York’s Hudson River, today’s U.S. Military Academy at West Point is renowned as one of the most elite institutions in the country. Home to over 4,000 students that study and train on campus every day, West Point’s entire central campus is a national landmark. Many buildings and monuments on this site were built in honor of U.S. military history. It also happens to be the site of one of AMBICO’s most notable projects to-date.

In 2017, the busy academy opened an impressive new barracks built to house 650 cadets. The six-storey Davis Barracks was designed to provide modern amenities for the cadets while respecting West Point’s designation as a National Historic Landmark campus. It also had to be resistant to attack. AMBICO Limited became involved in the early stages of the project, working closely with the project architect to design and fabricate the entranceway’s blast-resistant door and frame assembly calculated to keep cadets safe in the event of an emergency situation such as a bomb blast. They also provided 14 smaller openings throughout the building.

Follow the link to read a case study featured in DHI Magazine, documenting how AMBICO was able to accomplish this task with the precision, expertise and discipline of the men and women they were providing for.