Piles are a commonly used foundation for the support of structures. Groups of piles will often be combined into pile caps. The lowest level slab is cast on top of the pile caps to create a level uninterrupted surface. Load bearing columns typically align with the pile caps and either sit on the slab or extend through the slab onto the pile cap itself. The illustration below shows both of these assemblies. 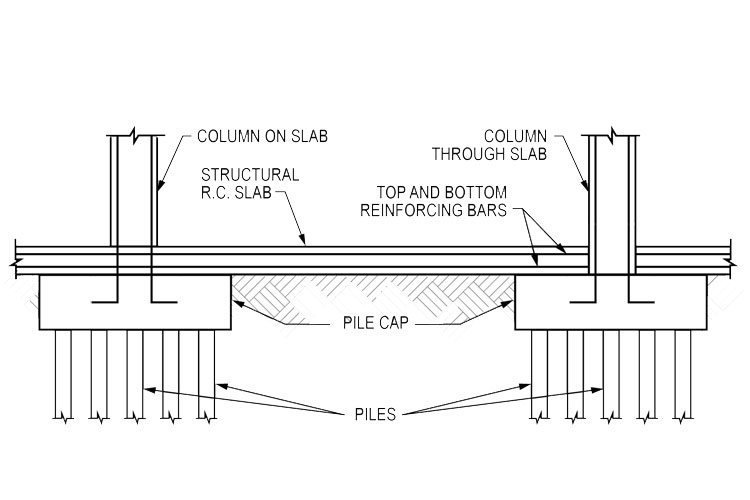 The Xypex Admix and Xypex Coating methods for treating the pile caps are illustrated below. A third method which is used to create a capillary break in the piles themselves is also illustrated. In this assembly, the top approximately 3’ (1 m) of the pile concrete is treated with Xypex Admix thus moving the capillary break down into the piles themselves.

All of the above methods have been known to be used where there is risk of capillary-action causing moisture to wick up the piles and pile caps and into a structure, or when designers are looking for a solution to the onerous detailing associated with some alternate waterproofing systems.