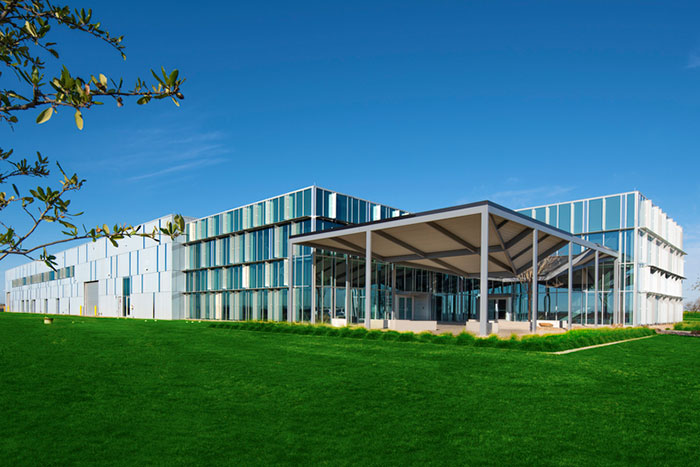 Texas-sized ambitions drove the use of insulated metal panels for the modern DynaEnergetics Manufacturing and Assembly building.

The challenge was a race against time: the design and construction of the facility needed to be complete in six months to set the machinery in place. There was only one rough sketch that architects had to transform into a multi-purpose facility.

However, the company’s modern vision quickly unfolded. It was critical to create a plan for a facility that was both functional and welcoming. The building’s design had to include gathering spaces for employees, administrative offices, a commercial kitchen and dining area, while also incorporating energy-saving measures.

With the clock ticking until the machinery was set, architects chose all-encompassing Designwall 1000 and Designwall 2000 panels from Kingspan. Rather than having to install multiple wall components, the architects instead were able to install the façade, insulation and interior walls at the same time. Instead of scheduling separate trades, project managers were able to reduce that number to one installer.

Not only did insulated metal panels create a clean look, but they created a double barrier against air and water penetration. The high R-value provides heavy-duty insulation – keeping the humid air outside and the cooler air inside.

The building, meant to stand out from the Texas plains, serves as a beacon of pride for DynaEnergetics. The ability of the Designwall 2000 panels to be oriented both horizontally and vertically gave architects the flexibility they craved for the modern design. Architects worked closely with the team to create contrasting textures of matte ZALMAG and polished stainless steel.

Within just six months, the new campus was complete, creating a modern, inviting and efficient environment for DynaEnergetics’ workforce.