The opening of the state-of-the-art Pacific Seas Aquarium at the Point Defiance Zoo & Aquarium in July 2018 – powered by the PENETRON ADMIX-treated pumphouse – is a milestone for the Tacoma, WA, institution.

The new 35,000-square-foot (3,200 m2) Pacific Seas Aquarium at the Point Defiance Zoo & Aquarium in Tacoma, WA showcases marine life from the North Pacific. The stunning 275,000-gallon Baja Bay habitat will be home to an amazing array of tropical fish and visitors will see three new species never seen at the zoo: green sea turtles, scalloped hammerhead sharks, and spotted eagle rays. The almost $200 million project, the largest in the 112-year history of Metro Parks Tacoma, was funded by a bond issue approved by voters in 2014.

“It replaces the 55-year-old North Pacific Aquarium, which played a crucial role in the growth of the zoo and in teaching our guests about the fish and other sea animals that live in Puget Sound and the waters of the northern Pacific Ocean,” says John Houck, Deputy Director of Point Defiance Zoo & Aquarium.

However, over the years, the concrete structure of the old aquarium has been visibly deteriorating. Not surprisingly, because the facility’s concrete had been exposed to constant seawater for such a long time, the matrix also became more permeable, making the concrete susceptible to ever more deterioration. Cracks, spalls, mortar erosion, and corrosion stains are visible signs of concrete deterioration that cause increased porosity and decreased strength.

“Understanding how concrete deteriorates in contact with seawater and thereby carefully selecting a mix design can help ensure the maximum service life of a concrete structure,” says Christopher Chen, Director of The Penetron Group.

Attack by most of these processes is minimized by reducing concrete permeability. Low permeability helps keep aggressive chemicals out, slows the leaching of soluble materials (lime, etc.), and limits carbonation (to protect reinforcing steel from corrosion). 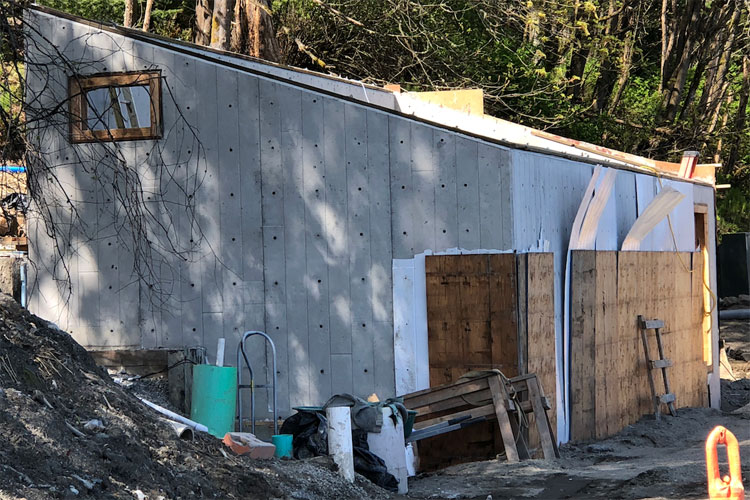 Holroyd Concrete of Tacoma, WA, the project’s ready-mix supplier, specified PENETRON ADMIX SB (in premeasured, soluble bags) for the concrete used for the aquarium pump station, which keeps the saltwater circulating through the aquarium tanks. The contractor, McClure and Sons, also used PENEBAR SW swellable waterstop to seal the construction joints, PENETRON slurry replaced the air entrainment process for the pump station walls to reduce the propensity for bug holes in the new concrete, and PENECRETE MORTAR was applied to patch any voids (tie holes, bug holes, etc.) in the concrete.

When PENETRON ADMIX is added to a concrete mix, it reduces permeability by permanently sealing microcracks, pores and capillaries, effectively protecting the concrete against water penetration and the effects of deterioration. The crystalline admixture also reduces shrinkage and provides self-healing of cracks over the service life of the structure. According to ACI guidelines for permeability-reducing admixtures for hydrostatic conditions(PRAH), PENETRON ADMIX provides a reduction of 70% or more in concrete permeability.

“Because Penetron crystalline technology produces an integral crystalline formation, the service life of Penetron-treated concrete is about three times that of conventional concrete,” concludes Christopher Chen.