DesignRail Preserves the View in a Forest Wellness Retreat

The following content was originally published here. All photos courtesy of Feeney Inc.

A labor of love conceived of by former Silicon Valley executive Scott Kriens and his wife Joanie, 1440 Multiversity was created to help professionals build stronger connections in the world and to grow in relationship, spirit and wellness. The Kriens worked with South Bay Construction (SBC) and architect Jerry Yates to construct the 1440 Multiversity immersive learning center, a commercial renovation project that originated with an abandoned college campus in the Santa Cruz mountains.

1440 Multiversity, which derives its name from the number of minutes in a day – is situated on 75 acres surrounded by towering California redwoods. Rather than building a new development on available land, the Kriens decided to utilize the site of the former Bethany University. Over the course of nearly four years, the Kriens, SBC, and Yates collaborated to transform the vision of Multiversity from concept to reality.

Because of the age of the campus and the broad range of architectural styles in the original buildings, the team had to address design challenges and a number of technical hurdles. When all was said and done, close to two-thirds of the site’s structures had to be rebuilt.

To maintain a strong connection with nature, it was important that the tranquil streams, old-growth redwoods, and other native species were preserved – which required working in harmony with the natural elements.

After receiving a recommendation from the project’s interior designer – who had used Feeney’s CableRail for one of the interior dorms – Yates decided CableRail was ideally suited for the exterior of several of the site’s buildings. He liked the clean, streamlined look of the railings and the way they complemented the modified Craftsmen style aesthetic while providing an unobstructed view of the surrounding area.

Yates chose to specify DesignRail® with CableRail infill for the balconies of a three-story lodge – Sayanta – which derives its name from a native tribe in Scotts Valley. The top rails were Ipe, which harmonized seamlessly with the redwoods and mirrored the organic look and feel of the site.

The pairing of aluminum railings with stainless steel cable infill accentuated the architecture while also opening up the sightlines and optimizing the striking woodland view. At the same time, the railings offered a durable, low maintenance solution, which was especially important given the heavily wooded setting.

The ambitious renovation reinvigorated a once forgotten university campus, transforming it into a welcoming educational retreat deep in the heart of the redwood forest. 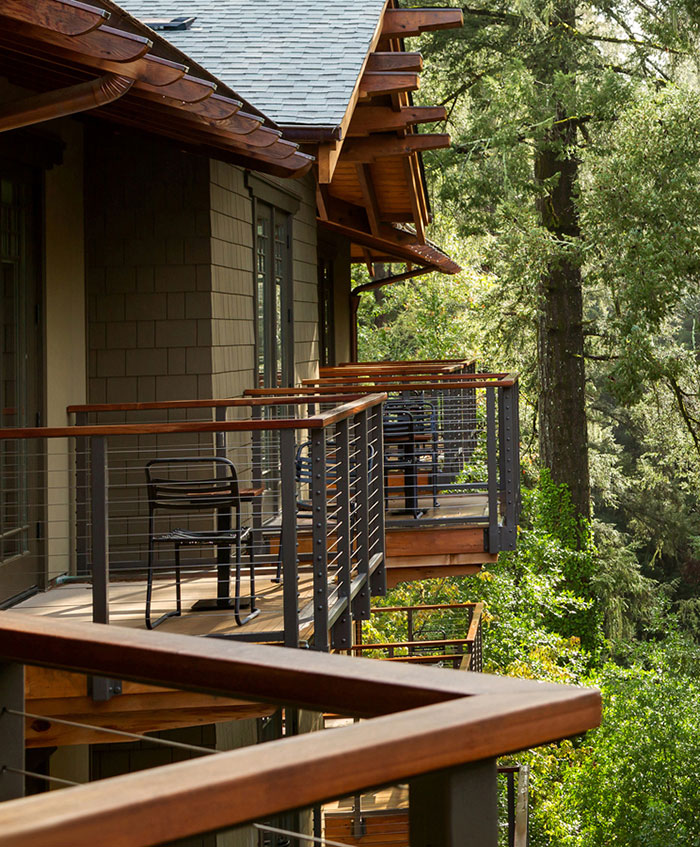 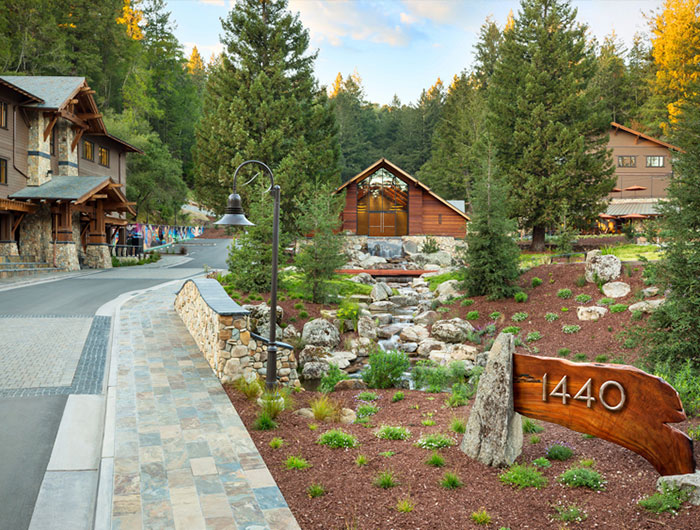 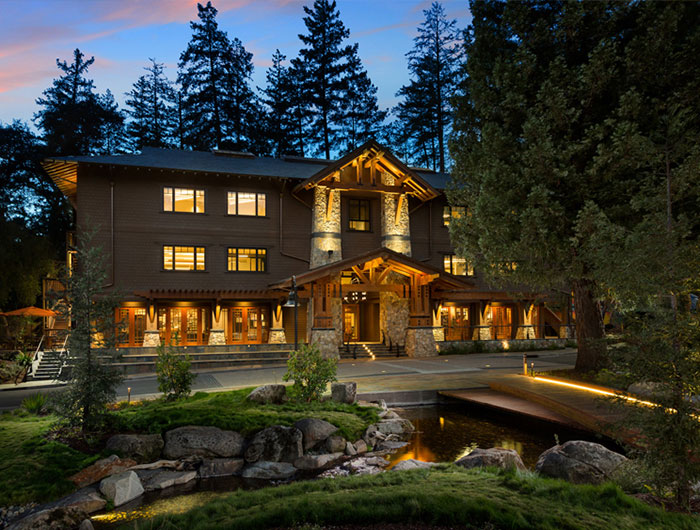