The Dragon’s Cave is a remarkable underwater restaurant on the Adriatic Sea. First constructed in 2002 with Penetron crystalline technology – and still waterproof – the restaurant underwent a cosmetic renovation July 2018.

First completed in 2002, the Dragon’s Cave Restaurant (“Zmajeva Špilja”) at the Frapa Marina in Rogoznica, Croatia, remains absolutely unique for Croatia. The underwater restaurant & bar, a highlight of the Marina, transformed an ancient cave into an unforgettable dining experience. 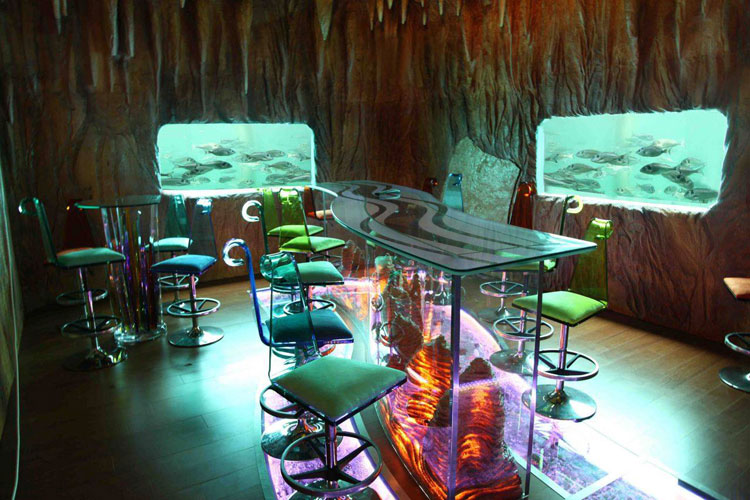 Your dinner is in the window: The dining area of the PENETRON ADMIX-waterproofed Dragon’s Cave has unforgettable views of the Adriatic sea floor – and fish, some of which are on the menu, swimming by.

“When you sit at a table, under the waves of the Adriatic Sea, the windows give you amazing views of the sea floor, with countless fish – many of them tasty features of the menu – swimming by,” notes Theodor Mentzikofakis, General Director of Penetron Hellas.

The Dragon’s Cave was first conceived and developed by Predrag Bilbija, a well-known Croatian engineer, who has realized numerous marina projects throughout the region. He remains, to this day, one of his country’s most famous bridge designers.

During this most recent renovation of Dragon’s Cave, the concrete elements were precast on-site using custom forms in a special process. The concrete was treated with PENETRON ADMIX to permanently waterproof the resulting precast elements that were then installed as the restaurant’s walls and floor.

The active ingredients in PENETRON ADMIX react with moisture in fresh concrete to generate a non-soluble crystalline formation throughout the pores and capillary tracts. This permanently seals microcracks, pores and capillaries against the penetration of water, in particular, from chloride ions in seawater. The enhanced impermeability of the precast concrete elements has protected the restaurant’s structure from deterioration, even under the constant hydrostatic pressure of the underwater site. 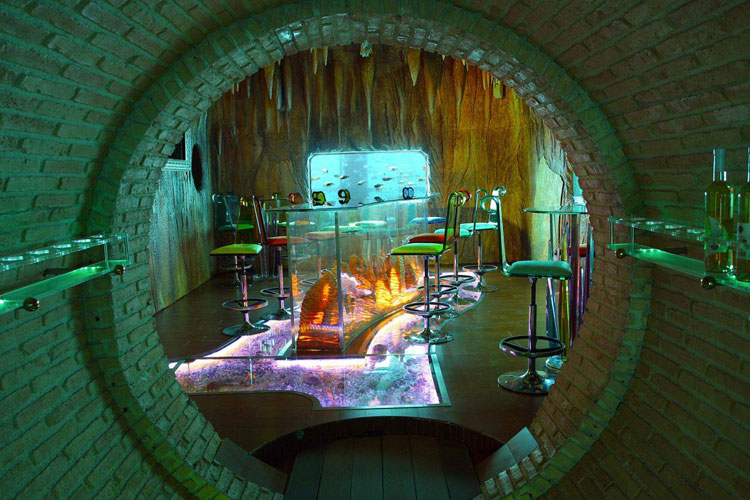 “The recent renovations carried out at the restaurant revealed durable and intact concrete structures,” adds Theodor Mentzikofakis. “Even after 16 years, the crystalline technology still keeps the structure waterproof and fully protected from chloride penetration from the seawater. It’s an integral part of the concrete.”

Beyond the Dragon’s Cave Restaurant, Penetron Hellas also collaborated with Mr. Bilbija in 2015 on a project to expand the Marina Frapa Resort in Rogoznica. PENETRON ADMIX was specified for the precast concrete elements, which were produced by Mucic & Co, in nearby Ploče. These elements were used to extend the marina piers.