Brazil Takes PENETRON to the Hilton

The Hilton Hotel company slogan, “Take me to the Hilton,” now has new meaning for visitors to Rio de Janeiro. Situated just minutes away from Rio’s Olympic Park, the Hilton Barra Rio de Janeiro Hotel opened just in time for Rio 2016 Summer Olympics Games. This upscale 298-room hotel, also in the midst of the city’s Barra da Tijuca business district, features a restaurant, meeting rooms, a business center, a rooftop pool (with a view), and an underground parking garage. 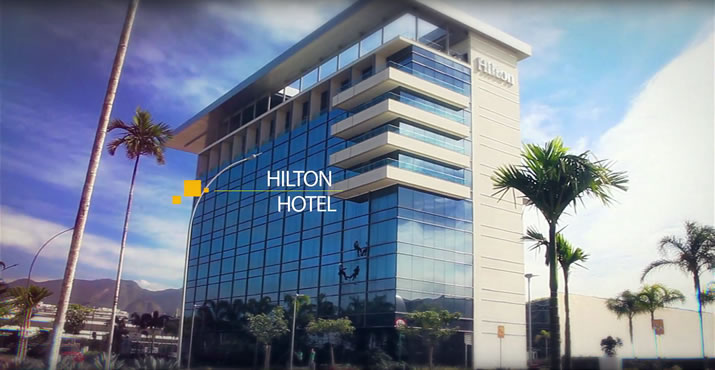 Take me to the Hilton: Despite the site’s high water table, the basement of the new Hilton Barra Hotel in Rio de Janeiro is waterproof thanks to PENETRON ADMIX.

Given this situation, the PENETRON Brazil team worked with the developer and general contractor to come up with an effective solution for the Hilton Barra project. Ultimately, PENETRON ADMIX was specified to treat the concrete used in the below-grade slab to ensure low permeability and a durable concrete structure.