Decorative Concrete: From Buildings to Bollards - Whether Béton brut, smooth and polished, or glossy aggregate, concrete can be beautiful 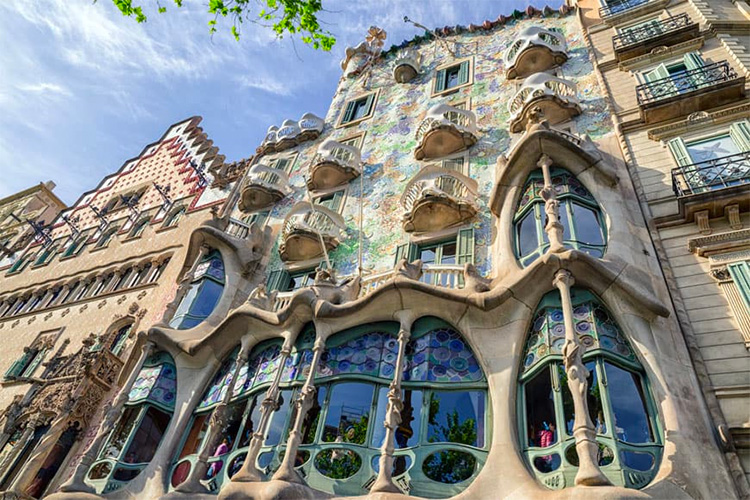 Concrete is the supportive material scaffolding most modern construction, providing solid foundations on which to build. In most situations, it is utilitarian and unremarkable, and will be clad or decorated rather than emphasized. Yet certain building and design styles give concrete pride of place. Concrete can be used as the antithesis of aesthetic flourish, in design philosophies that see ornamentation as a distraction from utility. Yet other styles use decorative concrete to create shapes and textures to convey an artistic imagination. When choosing site furnishings like bollards, being aware of design choices made by the architect can help a facilities director enhance or complement the design.

Concrete is a material made of an aggregate mixed with a cement. It’s an ancient discovery, used by the Bedouins as far back as 6500BC. For 700 years, the builders of the Roman Empire used concrete. However, after the Roman Empire’s fall, the material fell into disuse, with stonework and masonry taking over for the construction of buildings.

Concrete was rediscovered as a building material in the 14th century, but since other techniques were well known and effective, it wasn’t until the 1800s that concrete reemerged. The shift was the discovery of reinforced concrete and the widespread production of steel. Steel and rebar could provide tensile strength that concrete lacks. Concrete production is now one of the hallmarks of modern society. Its omnipresence and utility has led to architects and designers playing with the material and using it aesthetically.

In 1958 Le Corbusier, a Swiss-French architect, became a pioneer in using reinforced concrete to build. Le Corbusier believed strongly in Modernism, which emphasized building for function rather than form. Although the architect considered himself a Modernist, he is also an important inspiration to a style called Brutalism. Le Corbusier designed the Unité d’habitation, now an UNESCO heritage site, that became an important Brutalist structure. Corbusier is quoted as saying “The desire to decorate everything about one is a false spirit and an abominable small perversion.”