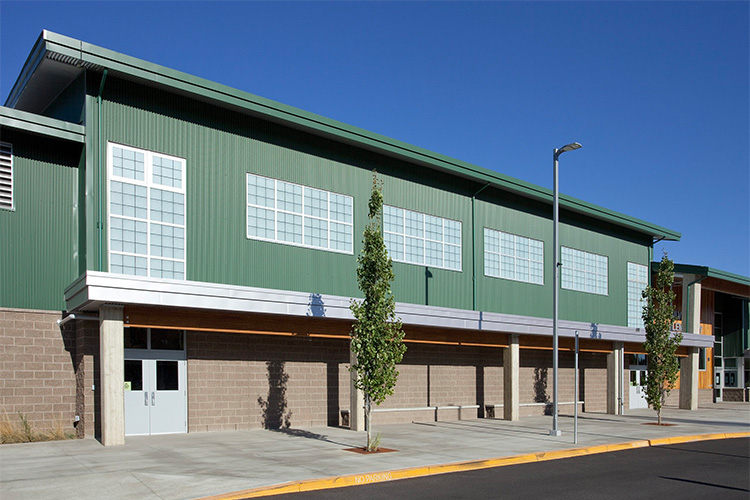 Birds play an integral role in preserving the world’s ecosystem – dispersing seeds, pollinating plants, and controlling rodent populations. By consuming enormous amounts of insects, birds also reduce insect damage to crops and forests and lower the transmission of diseases such as malaria and West Nile virus [5]. But as the built environment expands, so does the danger to birds. Since 1970, scientists have tracked a nearly 30% decline in North American bird populations [1] with about 25% of species now being listed on the US Watch List of birds that require conservation to avoid becoming threatened or endangered [5]. And one of the leading contributors to this continued drop in bird populations is collisions with human construction.

Research estimates building collisions to be responsible for killing between 365 and 988 million birds each year in the US – second only to domestic cats as a source of bird deaths linked directly to humans [5]. More than 258 species of birds in the US, from hummingbirds to falcons, are victims of collisions. That is nearly one third of all bird species found in the US [5]. And unlike natural hazards that typically affect weak or sick birds, building collisions kill even the strongest, healthiest birds. This further impacts the population by preventing an otherwise healthy, adult bird from reproducing.

Even birds who have already successfully flown thousands of miles on migration can die in a matter of seconds following their first contact with glass. And while there is a large misconception that fatal collisions are only an issue in large cities with tall, shimmering skyscrapers, the reality is that collisions affect buildings of all sizes. In fact, less than 1% of fatal collisions occur at high-rise buildings [2]. Rather, it is the amount of glass – not the building’s height – that is the strongest predictor of how dangerous a structure is to birds [5]. Studies show that for every 10% increase in glass on a building, there is an estimated 19% increase in bird collisions [4].

Glass is invisible to both birds and humans; but while the human brain has been conditioned to look for other visual cues like mullions or dirt smudges to help identify the presence of a barrier, the bird brain has not [5]. Instead, a bird may see potted plants through a window and fly toward the perceived habitat in search of food or a place to perch completely unaware of the glass that separates them. A bird may also see a reflection of the exterior landscape on the building’s surface and attempt to fly through the building as though it isn’t there [2]. Even outdoor applications like glass walls around a roof garden, walkway dividers, and gazebos pose a problem to bird safety as birds attempt to get to the habitat they see on the other side [5].

Though the majority of fatal bird collisions are the result of hitting these clear and reflective surfaces during the day, the light pollution transmitted through these surfaces at night also plays a prominent role in increasing collisions, particularly among migrating birds. Many bird species use daylight hours for feeding and migrate by night, and studies show that the bright lights shining from internally lit buildings can be disorienting to passing birds and can interfere with celestial and magnetic cues that guide their migration [2]. The light lures birds from their flight paths and closer to the built environment where they are more likely to collide with windows and other obstacles.

Reflective at times, transparent at others, and capable of emitting a large amount of light at night, glass – especially glass surrounding by plant life – remains a major contributor to declining bird populations across the US. But as there is no denying the immeasurable benefits that natural light brings to humans, it’s important to look for alternative options that allow building occupants to enjoy the physical and mental advantages of a naturally lit indoor environment while still limiting or eliminating bird strikes. This may mean making clear surfaces more visible by adding lines or dots to the glass [2], or barricading windows with exterior nets, screens, or shutters [5]. But perhaps the most cost-effective, bird-friendly alternative is to utilize translucent panel daylighting systems in place of glass where appropriate.

Translucent panel systems function similarly to glass glazing in that they bring natural light into interior spaces, but unlike glass they do not reflect the surrounding landscape and do not allow a direct line of sight into indoor habitats. This makes it possible for building occupants to enjoy both natural light and plant life without attracting birds and increasing the risk of collisions.

As more areas around the country, including New York City [1], pass legislation that mandate bird-friendly standards, the many environmental and economical benefits of translucent panel systems make them an excellent alternative to glass glazing for daylighting schools, athletic facilities, and other low-rise buildings that stand as a potential danger to passing birds.