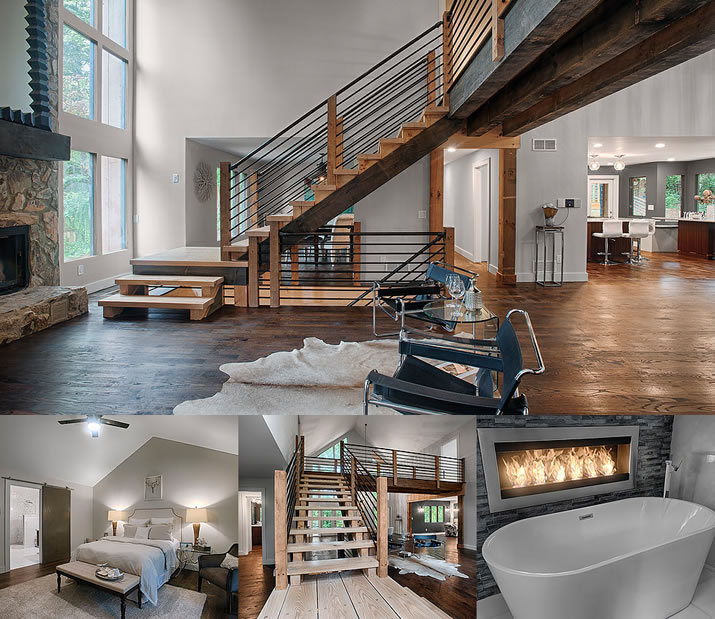 Luxury chalet reminiscent of the Blue Ridge Mountains. The Smokecreek Chalet is tucked away in a quiet cul-de-sac boasting 5 bedrooms and over 5,550 square feet. Fleur de Sel (SW 7666) invites comfort and luxury into this contemporary Atlanta home, designed by Her Cave Atlanta.

My love of construction comes from dreaming about what it would look like to breathe new life into the dying downtown strip and old antebellum homes of Main Street – small town, USA where I grew up.  At the University of Colorado at Boulder while studying Architectural Engineering my dreams began to take shape.

Style is a reflection of life experiences and as such my personal style is eclectic – contemporary, slightly industrial, with a touch of modern fascination and a pinch of classic elegance. I like it all. An interior designer once described it as 'old world traveler'".