Healthcare Center Gets the PENETRON Treatment 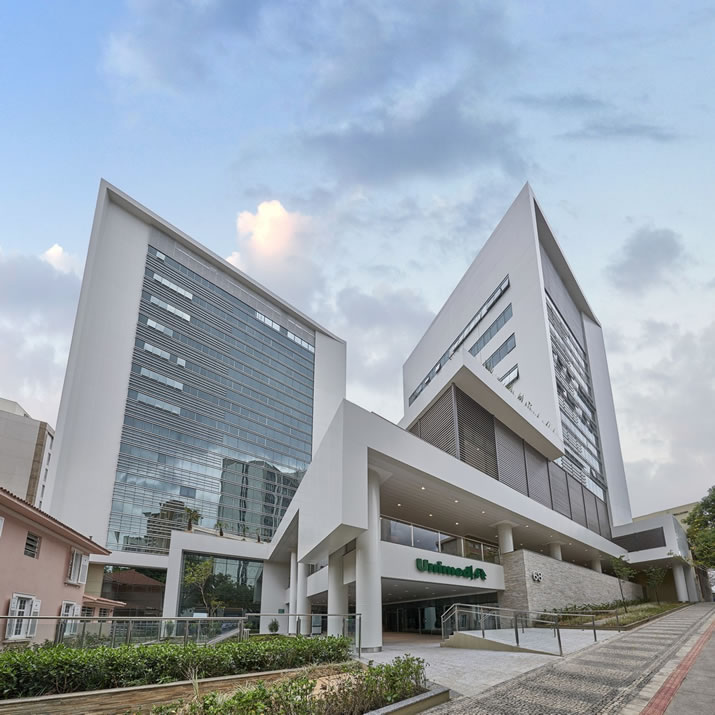 Confronted with the relatively high water table of the UniMed construction site and the humid climate of Belo Horizonte, the project engineers quickly realized that the PENETRON crystalline products were the perfect solution. Construction of the three new buildings was done by Racional Engenharia (Rational Engineering), an engineering and construction services company.

During the first phase, the concrete for all three foundation slabs was poured. Next, the concrete retaining walls of the below-ground structures went up; all concrete was treated with PENETRON ADMIX during the batching phase. PENECRETE MORTAR, a topical repair compound, was also applied to fill and seal any cracks in the concrete that occurred in the final phase.

In total, about 10,000 m3 of concrete were treated with PENETRON ADMIX to ensure resistance to the hydrostatic pressure of the groundwater present at the construction site. The resulting construction joints were sealed with about 300 meters of PENEBAR SW-55 swellable-type waterstop.

For the above-ground concrete structures exposed to the elements, such as the parking garage ramps, PENESEAL PRO was sprayed directly on the surfaces to protect the concrete against any environmental effects.

PENESEAL PRO is a spray-on liquid sealer that is ideal for waterproofing and protecting exposed concrete surfaces, forming a gel that compensates for the movement of cracks due to thermal expansion and contraction. PENESEAL PRO reacts with the concrete to form a sub-surface barrier that protects against water penetration and seal hairline cracks, pores and capillaries. It remains active inside the concrete and continues to seal any new cracks due to settlement, thermal stress or external action.

UniMed, a Brazilian medical service cooperative and health insurance operator is the largest of its kind in the world, with 367 local member cooperatives. To expand its Belo Horizonte operations, UniMed invested R$250 million/US$125 million in the construction of three new large outpatient units, including a hospital to accommodate 300 doctors and a medical research facility.