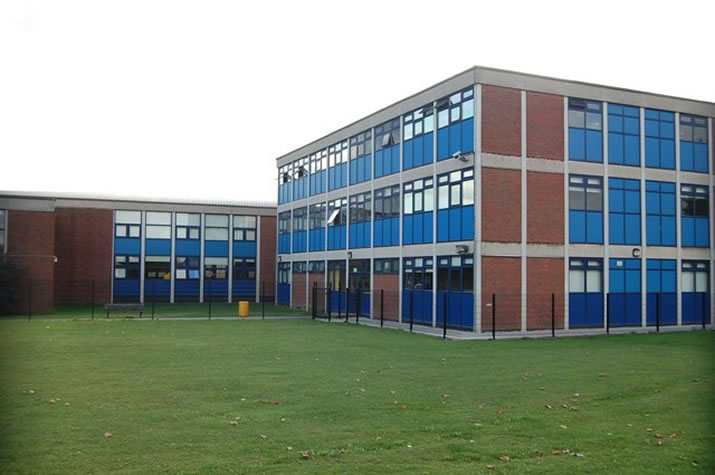 While most school architects are fairly well versed in CPTED (crime prevention through environmental design), many are fairly new to bullet resistant materials and design.  With active shooter scenarios increasingly top-of-mind for education clients considering new construction and renovations, now is a good time to spend a few minutes coming up to speed.

More importantly, the “bullet proof windows” that most clients fixate on are a relatively small part of the barrier, which is an integrated system consisting of:

The communications system can be as simple as the voice portal and backer in a bus-station ticket window, or may include multiple sub-systems: an intercom, a deal tray for passing papers, a bullet resistant drawer or passers for larger items, etc.

For best results–in terms of aesthetics, usability, and security–every bullet resistant barrier should be treated as a custom job.  Every piece of the system needs to seamlessly integrate with both the other elements of the barrier system and with the existing structure, mechanicals, building use patterns, and so on.

Bullet proof materials are rated according to a set of standards set by Underwriters Laboratory (i.e., UL-752).  Both individual materials and complete components and sub-systems are tested by OSHA-designated nationally recognized testing laboratories (NRTL) in order to confirm they perform according to the appropriate UL standard.

For most schools, the best security solution is a bullet resistant vestibule entryway system with integrated access control.  These systems are a fairly straightforward example of CPTED, and can almost always be easily retrofit into existing buildings, or worked into new construction with few alterations.

As Bob George, Total Security Solutions sales manager, explains: “We do our best work when we connect with architects early on in the design process.  The best case scenario is when we can get in there early to help with design recommendations, and guide the school officials toward a good solution.”

Schools often come in initially asking about very extensive Level 5 to 8 systems (which explicitly address the threat of high-powered ammunition and assault weapons).  A level 5 to 8 system would likely include blast-rated and bullet resistant exterior windows capable of stopping very powerful ammunition and blasts, bullet proof doors throughout the facility, and so on.

Such high-level systems are prohibitively expensive, and also entirely unnecessary: Most schools are very well served with a Level 1 hardened entryway with access control.  There are two reasons for this.  First and foremost, the primary goals of a barrier system in a school are deterrence and delay. Anything that gives an active shooter pause or makes him think twice about his actions is often sufficient to prevent an attack.  If that deterrence fails, then simply slowing an attack can buy enough time for first responders to successfully intercede before anyone is injured.

Access control is an especially important–and often tricky–aspect of a school’s bullet resistant barrier.  Over the last several years a large portion of schools have adopted security procedures that include locking doors during schools hours.  Unfortunately, locked doors slow first responders during an emergency.  While active shooter events are top-of-mind, it’s much more likely that an in-school emergency will be related to a fire, extreme weather, or something as mundane as a child having a bad allergic reaction or being injured in gym class.  All of these require quick access to the building.  Modern access control systems–including centrally controlled electric strikes–are a great improvement over older key-and-lock systems.  They offer many administrative advantages, in addition to speeding entry for emergency responders.

TSS is sensitive to how a design must balance access control and accessibility, especially in schools, where National Fire Protection Association (NFPA) egress codes, the Americans with Disabilities Act (ADA), and International Fire Code can all come into play.

“We can work with any mix of access control and accessibility requirements,” Bob George notes.  “We always build to suit, and have lots of experience prepping doors for specialized hardware, as well as installing basic electric strikes, magnetic locks, panic bars–all the standard pieces for access control.  More importantly, as Eric [Malzahn] said, TSS works with other security vendors as equals to get the job done right.  That includes working with access control specialists to get all the details right for a complex access control system.”