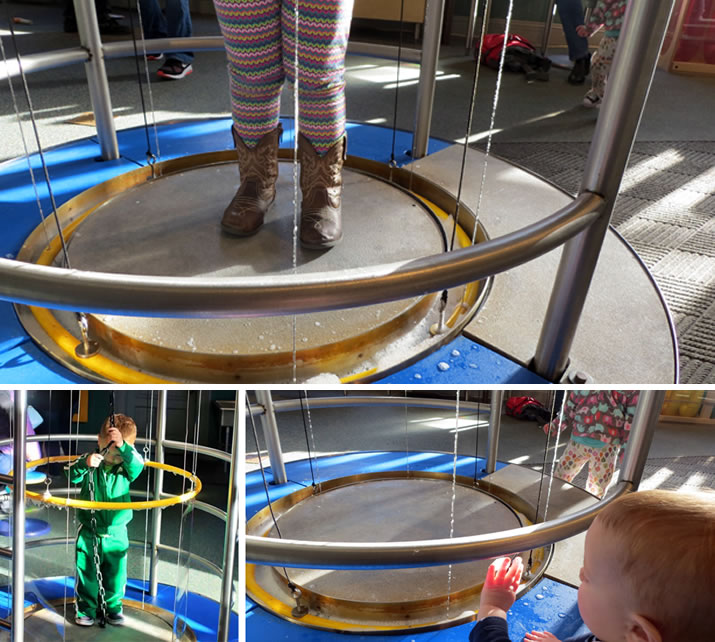 For over 30 years, the Ann Arbor Hands-On Museum has been on a mission to encourage people of all ages to ignite their imaginations through scientific, technological, art, math, and engineering activities. To keep doors open to over 250,000 people a year, Hands-On relies on the generosity from their donors, which include individuals, corporations, government agencies, and foundations. The museum with over 250 interactive exhibits, opened their doors in 1982 after being renovated from the city’s historic brick firehouse.

One of the more popular attractions within the facility is the bubble capsule. The capsule is a circular platform in which you can lift a thin bubble, enclosing you inside of it, trying not to let it pop on the way up. Due to the popularity of the apparatus, Hands-On wanted to seek out options to keep their patrons on their feet when using the slippery and soapy footpad.

SlipNOT® Metal Safety Flooring was contacted by an exhibit technician for this specific application. With the Ann Arbor museum being environmentally conscious, SlipNOT® products have a minimum recycled content of 40% and a maximum of 83% which seemed like a striking option for them. The museum shipped SlipNOT® their ¼” x 26-¾” diameter aluminum base and ¼” x 15-⅝” x 38-11/16” tread to be coated with Grade 2 6061 aluminum. Once SlipNOT® received the material, it was coated and shipped out the next day.

SlipNOT®’s aluminum floor plates are designed for lightweight applications where complete slip resistant coverage, durability, and safety are vital. Though the nature of the bubble capsule is entertaining to all ages, younger children seem to be the main foot traffic coming through. Installing a slip resistant base to the capsule keeps the kids happy and on their feet. Resulting in a day full of fun without ever realizing they’re actually gaining knowledge at the same time.