The Role of LEDs in Outdoor Lighting Design 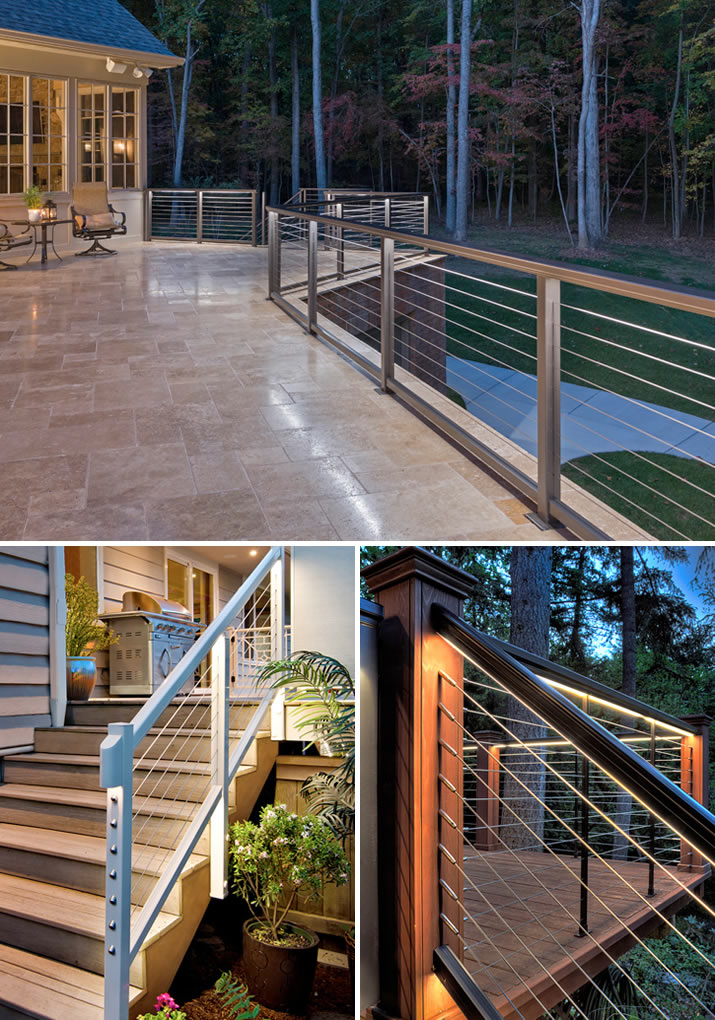 As we reported in our earlier blog post, The Rise of Outdoor Lighting, homeowners continue to place a high priority on renovating outdoor living spaces. Taking center stage in these renovations is outdoor lighting. The report says, “Outdoor lighting is the most common [system] upgrade, whether it is LED (28%), solar (23%) or other (17%).”

The emergence of LED lighting has been a game-changer in outdoor design. Unlike their conventional counterparts, LEDs do not have a filament that will burn out or break, and they have a significantly longer lifespan (50,000 hours or more, compared to 15,000 to 35,000 hours for conventional HID lighting ) – which make them extremely energy efficient.

Because LEDs are so durable and energy efficient, they’ve become the leader in outdoor lighting. They can be used anywhere on your property, from lighting walkways and steps to illuminating patios and outdoor living spaces. Here are a few ways high efficiency LEDs are playing a significant role in outdoor lighting design.

Lighting the Way – In outdoor landscaping design, lighting can be a visual cue for defining the entrance to a home. It can be as simple as additional walkway lighting to as multifaceted as using many options to create a dramatic illuminated pathway to the front door.

Marking the Perimeter – If you have a deck, LED rail lighting  can offer a modest amount of light that can set the ambiance for an evening gathering  while still marking the deck’s perimeter. Also, LED rope lighting is often used to outline raised flower beds and water features.

Adding a Layer of Safety – Once the sun sets, outdoor areas can be a bit more dangerous to navigate; however, LED lighting as a design element will add a layer of safety to steps. Lighting is often added to hardscape stairs, or as seen below with the LED Post Accent Light . In this scenario, the accent light attaches to the post face to create a warm, white light.

Accenting Landscaping Elements – One of the key benefits of using LEDs in landscape design is that they can be positioned to emit light in specific directions. Up-lighting under trees, for instance, creates interesting shadows, sometimes referred to the “Frankenstein Effect.” Alternately, strategic positioning of up-lights allows them to illuminate an architectural detail of the home, or even a piece of outdoor artwork or sculpture.

As LEDs continue to extend their foothold into landscape design, so will technological advances – bringing with it creativity and inspiring ideas for all to enjoy.