The Sir John A MacDonald Building 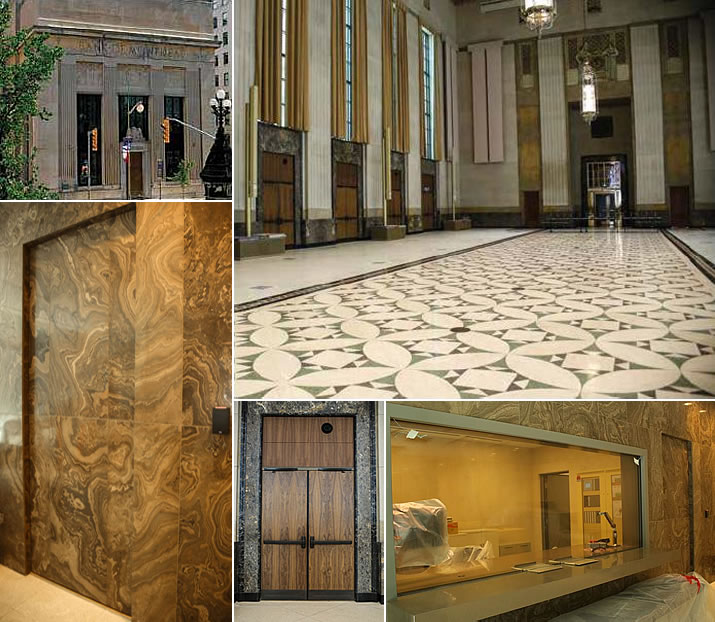 AMBICO Limited was delighted to play a key role in the renovation of this beautiful and highly regarded heritage property right in our home town, Canada’s capital city. If you’ve ever been to Ottawa then you might recognize this building just from its picture—it’s the Sir John A MacDonald Building, the former flagship branch of the Bank of Montreal originally built over 80 years ago.

Situated at the heart of Ottawa’s Parliamentary Precinct, it hosts Parliamentary and Senate meetings and functions, international gatherings, special ceremonies and state events. AMBICO had the opportunity in 2012 to meet with the architectural team charged with the development of the $1 billion retrofit of the entire Parliamentary Precinct. Working closely with our long-time & valued distributor, Upper Canada Hardware, we developed STC door and frame products able to meet the unique demands of the project. This project was featured in DHI Magazine as a Case Study.