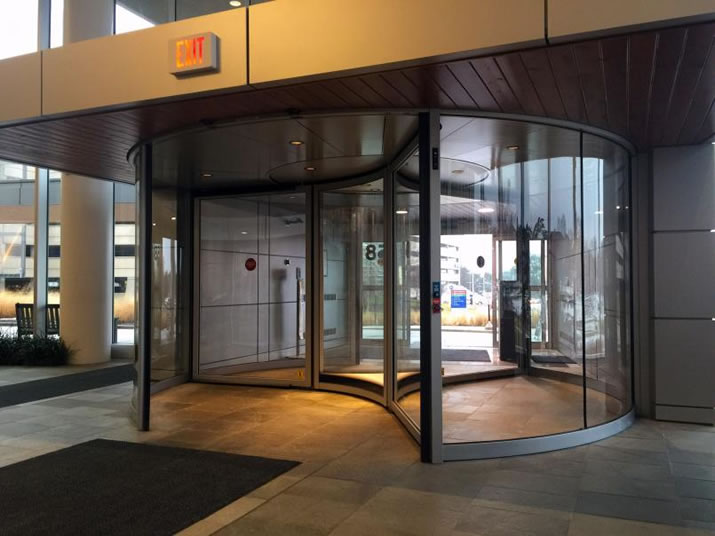 Boon Edam Inc., a global leader in security entrances and architectural revolving doors, today announced that Froedtert & the Medical College of Wisconsin health network, a regional health care organization with locations throughout Wisconsin, is employing an entrance configuration that combines an exterior automatic sliding door with an interior two or three-wing revolving door. The entrance solution from Boon Edam serves as a vestibule for several entrances at two of the health network’s medical facilities. Automatic Entrances of Wisconsin (AEW Inc.) counts the Froedtert installations among the more than 100 Boon Edam large diameter revolving door installations that AEW Inc. has installed for medical facilities throughout the state.

“Between 15-20 years ago, the concept of a large diameter automatic revolving door was foreign to most medical facilities. A major objection being they anticipated their clientele simply couldn’t get used to it,” explained Jay Walt, VP for AEW Inc. Walt embarked on a years-long campaign to convince hospitals and other medical facilities to adopt a large-size revolving door in addition to the sliding doors that many facilities were using.

Walt continued, “It made so much sense to replace typical sliding door vestibules with a system that keeps out the weather, dirt and dust and helps keep hospital entrance areas clean and attractive.”

Breaking into the hospital market wasn’t an overnight success for AEW. “We had to get buy-in from the owner, from management, and from many of the key departments.” One of the initial objections to a revolving door was that it was perceived as not user-friendly. People approaching from the walkways on either side of the entrance would need to turn left or right and plan an “angle of attack” to enter the revolving door and that could often be inconvenient, especially for those already facing physical challenges. However, by putting the sliding door out front, all those entering the facility were now funneled into a new vestibule area and were ergonomically aligned with the revolving door—problem solved! And the advantages from this new, two-door entrance proved to be numerous.

“The change in the climate in the lobby was dramatic,” said Walt.

“The new entrance at Froedtert Hospital has less air seepage, keeping the hospital lobby warmer in the winter and cooler in the summer,” said Neil Jensen, Project Manager, Facility Planning and Development for Froedtert. “Our employees and visitors are much, much happier.”

“The average person doesn’t think about this,” said Walt, “but by creating a new vestibule, we’ve also created an area where we can restrict not only the heat and the cold, but also the rain, snow, dirt, and anything blowing in the wind. The vestibule’s flooring makes for a cleaner lobby, it serves as a waiting area out of the elements, and it has a positive impact on the maintenance demands for the revolving doors. In addition, the slide ensures enhanced security and lockdown features that the revolver alone cannot provide.” 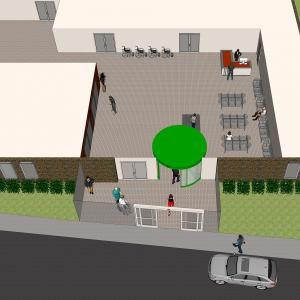 The Advantages Have Been Numerous

“Working with Froedtert has been a true collaboration between partners, starting with the conceptual design phase, and the communication throughout to completion,” said Walt. Froedtert has six of the double-door design entrances installed at two of its busy facilities. Richard Boor, Director Plant Operations, estimates that the main Froedtert academic medical campus alone accommodates 750,000-800,000 visitors during the year.

“We’re very pleased with our Boon Edam entrances, and we’re very pleased with our relationship with Jay and AEW,” said Jensen. “We’ve achieved a more comfortable climate in both hot and cold seasons, our lobbies are cleaner and more inviting, and we’re saving on energy costs. The doors also give us special security features such as automatic lock-down. AEW has worked with us on training programs, as well as a scheduled program of maintenance that keeps our entrances in excellent working order with minimal downtime. We’ve come a long way, and for such a relatively simple design concept change, the advantages have been numerous.”